The Longest Stay at Home

No day is like the other in this pandemic. I have been ‘at home’ for the longest time I can remember. Apart from the occasional visit to the post office, the supermarket and the doctor, I’ve hardly been anywhere else. I’m living within a one-kilometer radius of my apartment. You understand that this is because we are globally on lockdown. In Switzerland, we have a lighter version of the lockdown. We are allowed to go walking outside. I thought about calling it the Swiss Indoors, alluding to our world-famous tennis tournament in Basel. Sounds nicer than lockdown. Though the main reason I’m not moving about is that I was diagnosed with Covid-19.

The beginning of the pandemic – after the initial shock of what had happened in St. Anton, Austria – seemed like a game, like a movie, like ‘Life is Beautiful’. Something was definitely wrong, but I probably had one of my most creative phases in a long time. The week before our government announced the ‘Swiss Indoors’ I had been skiing in St. Anton. During the week, we went from laughing about the corona crisis to our friends’ leaving a day early to be able to get back into the US, and my friend E. and I being expelled from the town on the Friday afternoon. We had been sitting in a chairlift when we were told that we had to leave the town and country immediately. One coronavirus case on Tuesday had led to a hotspot situation in the town. By the time we reached our ski apartment, the train station had closed. Only by coincidence did we find a bus that took us to Zurich airport. By Saturday, I knew I would have to be in quarantine for at least 14 days.

From Monday onwards, I had a crazy amount of work to juggle in a project that relied heavily on international assignments. I spent Week 1 of quarantine training a new hire. I did not feel well, but not even the deputy of my doctor believed that I had caught the coronavirus. So, I doubted what I felt, thought I had a panic attack or maybe some form of PTSD as a reaction to being ‘expelled’ from the ski vacation in such a rush. I had told my partner to leave the house and organized a place for him to stay, so I could self-quarantine in peace and without too much trouble. I was ready to call an ambulance on Day 5 but was told it was the wrong number. I felt again like I was in a movie, but the wrong one. 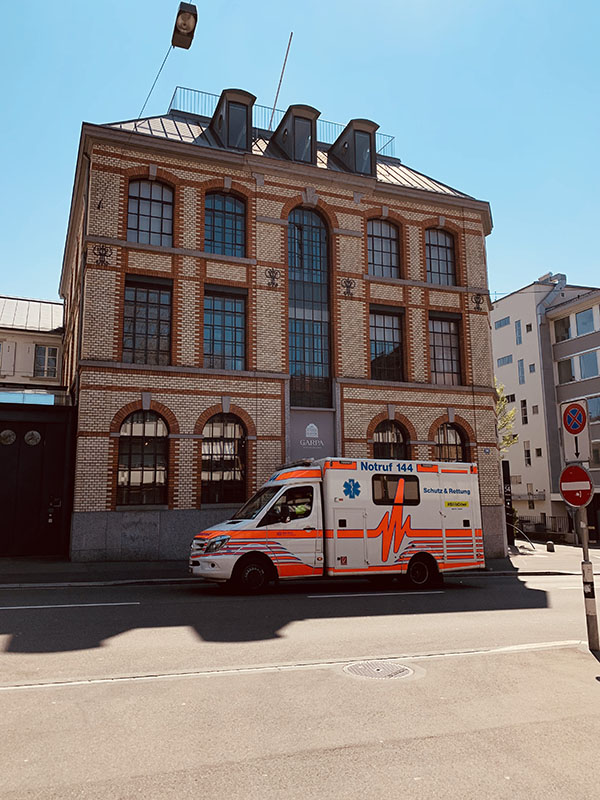 Week 2 came. The symptoms had gone, but I felt weak and in a lot of pain. I wasn’t sure if my pain was related to the virus, it could have been hormonal. I focused on my project and my plan to set up a business in the next several months. I watched videos about China. I wanted to be prepared. I hardly remember Week 2, only that at the end of it, I informed the doctor and cantonal health authority that I would finish self-quarantine. No fever, ever. I seemed to be okay.

I went out to the post office and supermarket and welcomed my partner back into our small apartment. We were happy to be alive and a few days later, we celebrated with too much wine. The next day I felt worse. It was a Thursday. I tried to get over my hangover and the incredible sentence I had said: “I’m dying.” I did not die. He got scared, though. He got too close to me that day, trying to help.

On Friday, I went to sleep at three in the afternoon. I’d been having trouble sleeping since we left St. Anton, which was very unusual for me. I’m normally a very good sleeper. I watched videos of birds hatching their chicks as these seemed to make me calmer.

On Saturday, I went for a walk and stole a few twigs from a wooded area nearby. I enjoyed being outside so much, it was as if I had lived in a tunnel for a year. I decorated, I cleaned, we rearranged the furniture and cleared out junk. It was healing, like feng-shui. I almost worked through the night and decided I would paint the next day and be offline for a change. I was. It was relaxing, but the pain I had felt in my chest continued and became worse.

I had a hard time breathing, and when I tried to do the washing I felt dizzy. No hangover this time, no other excuse. My lungs weren’t working the way they usually did. I got scared, I shouted at my partner, I was angry.

I called my family in Germany. For the first time, I felt like I lived abroad. Normally, they’re a short two-hour trip away. In the pandemic, they live in another country, another jurisdiction. They follow stricter rules. There is a border now. A border that had been open since 1996. Now closed. Because of a virus.

We decided that I should call an ambulance, right then on a Sunday night. Not only was Switzerland in a state of emergency: I was too. I don’t think I had ever been inside an ambulance before. I’m 48 years old and not a sporty person, but I can ski every day for a full week without training. I was able to run 10 kilometers at least once, a few years back. I walk everyday under normal circumstances. I usually work outside of my house with clients. 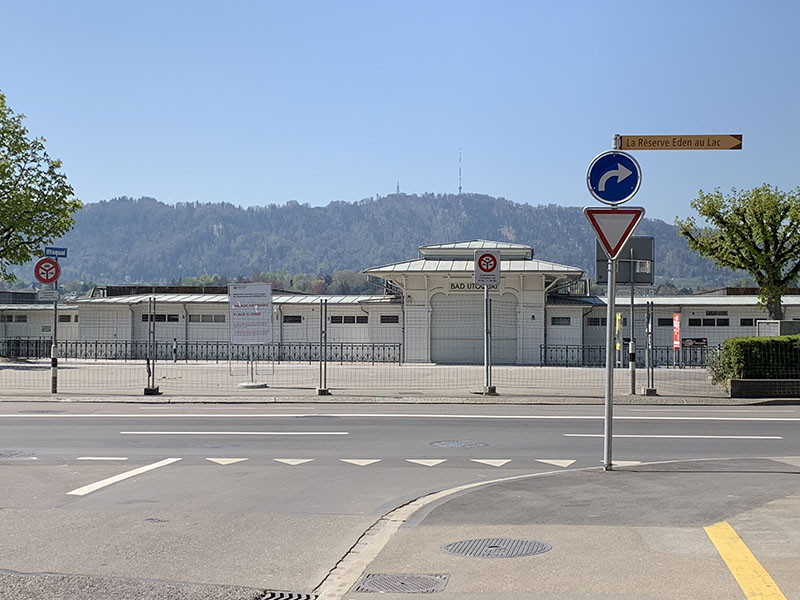 I travel to Liechtenstein, France, Germany and Holland regularly. I have a ‘GA’ (train ticket covering all of Switzerland). I love to sit on a train. I travel for pleasure. I have plans: St. Anton, Dijon, Lindau, Berlin, Merano, NYC, the Hamptons, the South of France, Munich. Long weekends, long holidays.

But for now, it’s Zurich, Switzerland. The Hirslanden neighborhood, to be precise. After spending a few days in the hospital, I started a Zen garden and have met many of my neighbors for the first time. I support shops in the neighborhood. I buy online.

I’m still recovering. They said my case of Covid-19 was ‘mild’. But I thought it was ‘a rollercoaster’ – because I thought I was better, thought it was over, and then it started again and got worse than before. Officially, I’m ‘negative’ now, but I feel weaker than normal. I don’t have the same energy. I want to leave the house and meet people but I’m not sure people want to meet me. I have the virus inside me. Nobody really knows what that means. Maybe I will turn into a bat. Maybe I will become Wonder Woman.

Or maybe it will kill me slowly. I woke up this morning with pain, my voice still strains easily, and I get tired fast. I’m angry, moody, on the verge of depression. I speak my mind. Forget how to sugarcoat, forget the political correctness at work, forget how to mute myself on a call. I behave a bit like a recovering idiot. People are careful. They’re not sure what to say when I mention the C-word. It’s a secret weapon but it also reminds me of something else: a yellow badge. 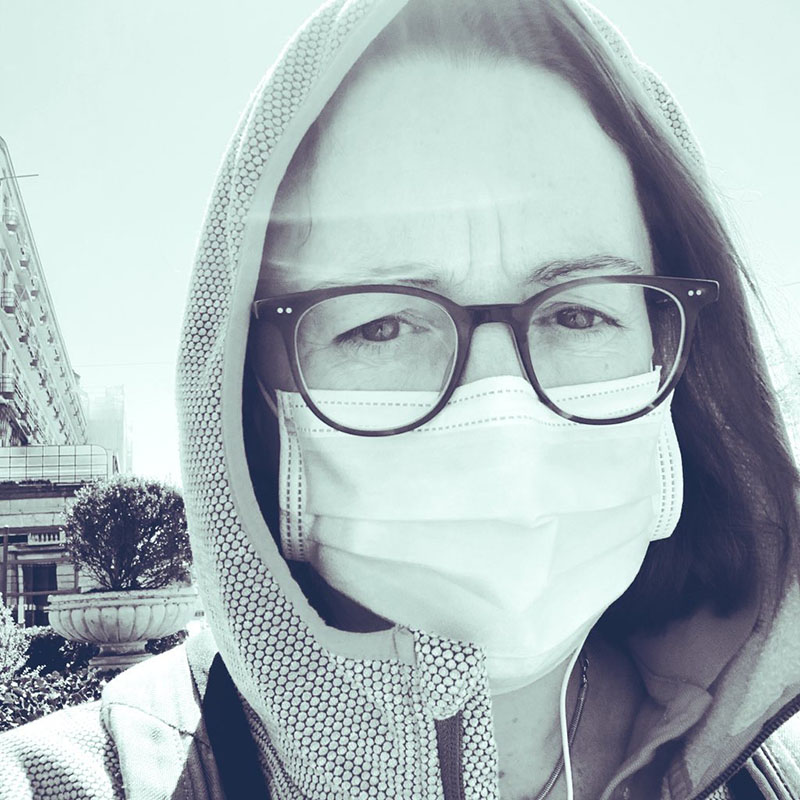 Should I have kept it a secret?

Angie Weinberger is a global mobility coach. She works with expats, expat spouses and global mobility managers through global people transitions. She blogs and is the author of The Global Mobility Workbook and The Global Career Workbook.