in the eye of the sun

They open their eyes simultaneously. To an observer it would seem disturbing, but there is no one to observe save themselves.

June’s pods open and they emerge, blinking and staring, uniforms June-yellow, hair shaggy and unwashed. They occupy the roles that were, until today, performed by May. June steps into May’s judges, May’s teachers, and May’s farmers.

The children of June play. They go to school. They learn about June’s role in the Months. They are taught the tasks they will take from May, and the loose threads that go to July.

December and January envy June and July and August. December’s children cry to their parents and beg to become summer children. But the adults shake their heads, wag their fingers, turn their backs.

It is impossible for winter’s children to become summer’s as much as it is for a dog to become a cat. There are systems in place, systems that have been tested over centuries in fear and anger and frustration. The systems are designed to prevent the overburdening of the past.

Marcus, a March man before his death, managed to destroy an entire cluster of April in New York City, twenty years ago. The system took care of him.

The cities in which June awakens are pristine. They walk out of the pod clusters to bright sun, blank and glaring windows, and smooth, unmarred pavements. They hear soft music that wafts from speakers on tall poles, interrupted every five minutes by a gentle woman’s voice:

“Good morning, June. Today is the First Day. Please enjoy this day of wellness and self-care.”

June goes to their respective homes, abandoned the day before by May, and takes up their places in a tightly choreographed dance, like wooden figures on a cuckoo clock. Their homes are white, featureless, intentionally bland and easily let go of. They shower, eat, read the notes left by their predecessors since they last re-entered the pod clusters. The notes are, like the living compartments, bland and clean:

“July: there has been a leak in the shower. It has been repaired.

“August: There was an interruption in the supply of grain to this compartment cluster. It is now rectified.”

The system is designed so no Month can develop a relationship with another Month. Notes are recorded digitally, saved and censored by the system. Anything that may evoke a personal connection is scrubbed. Every compartment is scanned on the last day of the month and, if a Month has left any personal effects, even so much as a hair in the shower drain, they are penalised.

The worst penalty is to be left to sleep during a Month’s awakening. Of course, there is death, but not awakening is worse, because you don’t know it until you awaken next. Almost two years may have passed, or three, or…

On the second day, June goes to work. June works almost every day. On the seventh day they are free to engage in activities of personal choice. June mostly spends their day outdoors under the kind eye of the sun. Children swim and play, adults walk and cycle. There are no cafes or restaurants so they prepare small picnics from their allocated supply and gather in parks or in the countryside.

This is the time when June feels…normal. Maybe four hundred years ago, this is how it felt to live all year, to enjoy free time with friends. Their conversations are intimate and fecund with emotions and unburdening: they only have each other. Their options, June knows, are limited.

June continues like this until the last day. They have written their notes to July, prepared their work and their compartments, ensured that the system is still working as it should. They kiss their spouses and children, maybe hold each other for a long time.

They file in, melancholy, resolute. The system continues. Parents kiss their children goodnight and hug their spouses, say goodnight to their friends, and enter their pods. June closes their eyes in unison as the system engages.

Tracy is a literacy teacher who writes flash fiction, mostly, because that is the extent of her attention span. She lives with a perpetually screaming cat and her family in Zurich, Switzerland. 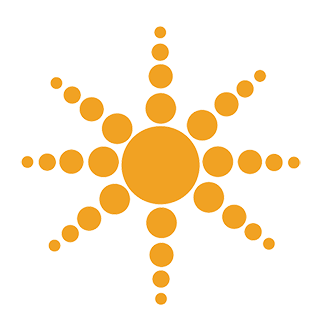